Former Governor Don Siegelman in an e-mail blast sent out his endorsement of Agriculture Commissioner Ron Sparks for Governor. Commissioner Sparks is engaged in a tough Democratic Primary election with US Representative Artur Davis.

Read the text of the E-mail Blast below:

For the first time ever, I am endorsing a candidate in the Alabama Democratic Primary.

Ron Sparks wants to create jobs, pay for free college scholarships for our children with our own Educational Lottery and pay for nursing home care for our seniors by taxing casinos. Ron is courageous and the hardest working man I’ve seen, well, since I was a candidate.

That would be enough but I am also disappointed in Artur Davis…Not only because he voted agaist health care and took a bunch of money from insurance companies, but Artur has taken several thousands of dollars in contributions from the very people who had me prosecuted and put in prison.

I just don’t understand who Artur really is deep inside. But I do know who Ron Sparks is and what he stands for, and I like everything I know about Ron Sparks. So, it’s for these reasons that I am supporting Ron Sparks for Governor.

Me like most people have grown tired of the campaign commercial’s this year.  But one ad has really caught my interest.  Charley Grimsley for Alabama State Treasurer. It actually merited me going on YouTube to find it.  It is overwhelming silly and the ending just made me laugh.  I know he wanted to appear tough in the last clip of the Video but it just didn’t work.  The silly grin with the crossed arms look just doesn’t work for Mr. Grimsley.

Mr. Grimsley,  You just may have my vote so I can see what silly ad you will come up with next…  Call it the entertainment factor.

My Friend Mitchell Howie for US Congress

The first person from my college days is making a run for political office.  When you meet certain people you know they are meant for greatness. Since I met Mitchell, or Mitch to me, I knew he was going to be somebody.  I have known Mitchell for years and have no problem putting my support behind him.  He is a natural born leader with a great heart.  He is a visionary and will be a great Congressman from Alabama.

As time goes on you are sure to learn more about Mitchell J. Howie for US Congress from me as I will be helping out with his campaign as much as I can.  Mitch sent out a mass e-mail today that I thought you might enjoy:

For far too long Washington has failed to operate because of gridlock.  Gridlock due to party politics being placed higher than the desires of the American People.  Parker Griffith’s flip to a Republican after campaigning as a Democrat is a good example of this self serving problem.  Washington politicians are far too concerned with winning reelection than serving the people they represent.  The instinct of professional politicians (like Parker Griffith) for self preservation and their perpetual political posturing leads to these sorts of Washington-style games. When Parker Griffith takes a poll and flips parties, he abandons the values and principles he was elected on and betrays the public trust.  This is not what the people deserve. The people deserve someone who is dedicated to service, they deserve a military officer who understands service to this country.

Gridlock leads to our government not getting anything positive accomplished. Instead, we are left with a system of professional politicians attempting to score political points and one party is portrayed as failing and the other succeeding.  But the only folks succeeding are professional politicians.  Service to the country becomes a casualty in these political games and the people are left with each party’s political failures.

I am convinced that the American people, whether you are a Democrat, Republican, Conservative, Liberal, or an angry Tea Partier, you want our government to serve the people and stop playing tired Washington politics.  Just as I joined the military to serve my country, I am dedicated to serving North Alabama and doing what is in the best interest of the people and our country.  I am not going to congress to play political games, I am going for service.

Now I am a Democrat and I will not switch parties.  Not because of partisan politics but I believe folks should campaign on values they believe in and then legislate based on those same values.  It is a matter of my personal integrity and governing based on values I share with the residents of all the communities across North Alabama in District 5.

Those shared values are strength and growth.  I want to strengthen and grow all our communities by growing our economy, by strengthening our education system and ensuring our National Security.  Last week we announced our candidacy in every single county across North Alabama.  Since that time, I have met with seven mayors, 3 university presidents, a board member of the TVA, and countless constituents.

In meetings with the mayors and other local officials I explained my jobs initiative of a Green TVA and received a warm response.  My jobs proposal would replace many manufacturing jobs that have been lost over the years in North Alabama.  Once we implement this proposal, North Alabama will attract companies to North Alabama to manufacture solar panels and wind turbines.  By easing our reliance on foreign oil with this jobs proposal we will simultaneously ensure our national security while strengthening our economy.  When I am in congress I will work with state and local elected officials and private industry to make this vision a reality.  With your help Alabama will become one of the first leaders in this new technology just as we were pioneers with space technology.  It is time for a new day in Washington with a young patriot dedicated to serving this country with innovative ideas.

I need your help.  Will you help me defeat the likes of self-serving politicians like Parker Griffith and implement service oriented representation in congress?  I need you to take the time to donate $25 or more on my website.  This simple act will help elect someone who is dedicated to service and who will get the job done in Washington. You can send a clear message to all politicians that what is important is service to the people, not saving their political career or their next re-election campaign.  This is a message that needs to be sent, please send it with me.

The time is now!  We have our financial reports due at the end of this month, and people are waiting to see who is getting funding to make decisions on who to support.  I disagree with this dynamic but recognize that running a campaign is expensive and without funding, even the best ideas and noble values are lost. For my service oriented campaign to succeed I need your help and your contribution.  If you cannot afford to donate at this time then please go to our website and get involved with the campaign.

Thank you so much for your support and please forward this request to anyone you think wants to send the message to Washington to “stop playing political games in Washington and get to work!” 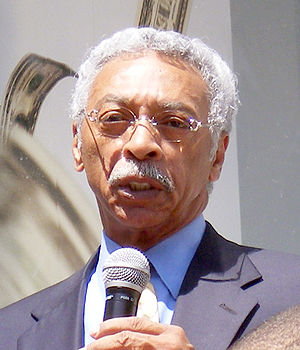